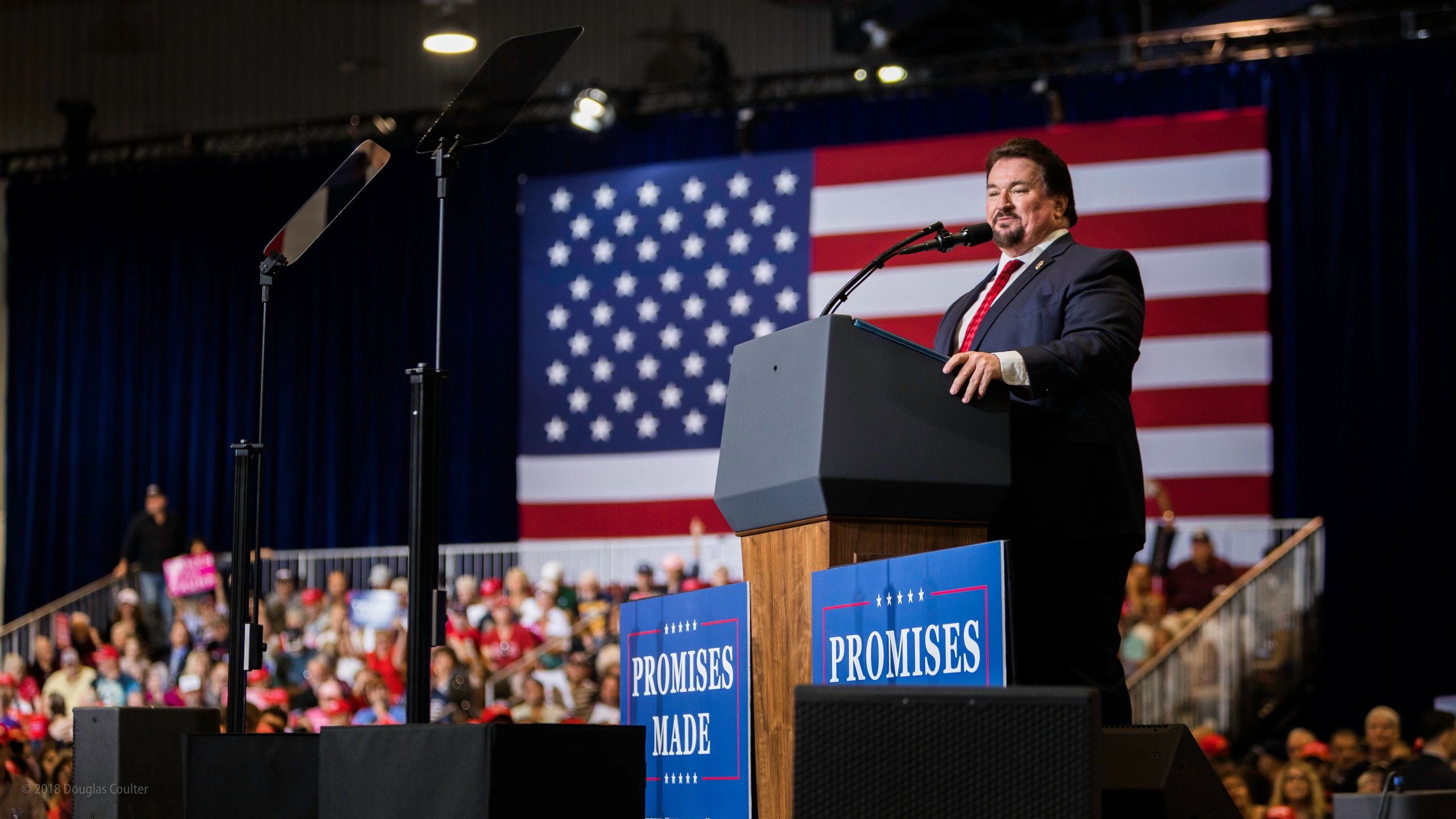 Serving the State of Nevada

I am committed to continuing to build a stronger Nevada Republican Party that will attract new volunteers and voters, become financially independent, and empower grassroots activists long into the future. My vision is to make the Nevada GOP the envy of the nation. Working alongside the hard-working members on our central committee, we are building an operation that will re-elect President Donald J. Trump and take back seats in the Nevada Legislature.  Since I have been Chairman, the Nevada Republican Party has raised more money than ever before. We are one of the few state parties that employ year-round staff, and we have created a comprehensive ground game to engage our grassroots.  Simply put, we have never been in such a strong position going into a presidential election year. When I’m re-elected on September 7, I won’t rest until we take back Nevada on Election Day 2020 and turn this state RED once again!

The stakes are just too high. Ignore the noise, finish the mission.

United By A Common Goal

For nearly eight years we’ve worked hard to unite this Party. The NVGOP 2020 Leadership Team has traveled the entire state together to ensure that we were accessible and to make sure that every County felt included. I am excited to work with every Nevada Republican to grow our Party, our brand and win in 2020 and beyond. Together we will succeed!

It is going to take all of us to make Nevada red. We must engage our families, friends, neighbors and other like-minded individuals to ensure that we are successful in the upcoming cycle. We are already training candidates and volunteers to arm them with the tools that they'll need to help us in our efforts.

Chairman Michael J. McDonald is a life long Nevadan. He is the youngest child of John and Doris McDonald.


Michael has been Chairman of the NVGOP since 2012.

It's been an honor to serve as the Nevada Republican Party Chairman. I am grateful to have the support of so many colleagues and friends.

Since my election in 2012, the Nevada Republican Party has improved in many ways. Here are just a few of the things we have accomplished.

When I first ran for Chairman, the Nevada Republican Party was broke, rudderless, and largely an afterthought. I am proud of what we’ve done together since. We’ve never incurred debt, raised more than $5 million last cycle, cut the voter registration deficit by 30 percent since I’ve been Chairman, and are now one of the few parties in the country with year-round staff.

This year, we’ve taken an even bigger step to turn our organization into a machine. Here’s what we’ve been up to in 2019:

· Developed our first small donor program, raising an average of $37 per contribution from more than 2,000 grassroots donors. We have raised more per month than the California Republican Party, which has a $30 million budget!

· We’ve added over 5,000 new emails in the last month, and over 8,000 addresses to our direct mail donor file since March.

· Launched our first ever television ad in an off year. Watch it here!


· Launched our first ever digital advertisements during a legislative session. Read about our ads tying Democrats to fellow members forced to resign due to scandal hereand here. Read about our ad attacking the Senate Majority Leader for her cuts to school safety here.


· Launched our first ever online store to buy in-house designed merchandise. Get your Greenland or Space Force t-shirts today here!


· We put on the first candidate training schools for the Party in decades. Over 200 Nevada Republicans interested in running for office have attended our trainings in Las Vegas, Sparks, and Carson City.


· We unveiled the Battle Born Candidates Program, which will allow us to make our first ever direct contributions to our legislative candidates.

We’ve accomplished a lot. It is exciting to finally have a state party that is the envy of the nation.

But there’s more we can do. Let’s get stronger.

Your donation is an opportunity to be part of something bigger. Show your candidates that you have their back. Give today!